HM Revenue and Customs (HMRC) announced today that it collected a record £517.7 billion in tax in 2014-15 (an increase of £12 billion on the previous year), as a result of economic growth and the continued crackdown on tax evasion and avoidance.

The figures were among the achievements set out in HMRC’s Annual Report and Accounts for 2014-15, which were published today.

Speaking at HMRC’s annual stakeholder event, attended by more than 100 leading stakeholders from the financial world, tax agencies, charities and the media, Chief Executive Lin Homer said: “Our strong performance last year provides very firm foundations for the challenges of transforming HMRC into a smaller, more highly-skilled, digital and efficient organisation and for meeting the Chancellor’s new target of securing £5 billion a year of additional compliance yield by 2019-20.”

The Annual Report and Accounts highlights that HMRC:

- a £2,000 Employment Allowance for more than a million small employers.

Lin Homer added: “Our customer service levels slipped this year, but the work we are already doing on digitising our services, using real-time information, and creating online tax accounts for individuals and businesses will help us improve customer service as well as improve voluntary compliance.

“Our plans to invest in our people’s skills, data and technology, and new powers announced by the Chancellor will further help us to meet the revenue and efficiency challenges in the Summer Budget.” 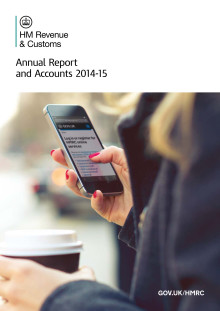 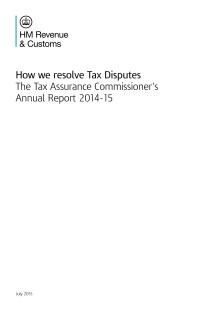